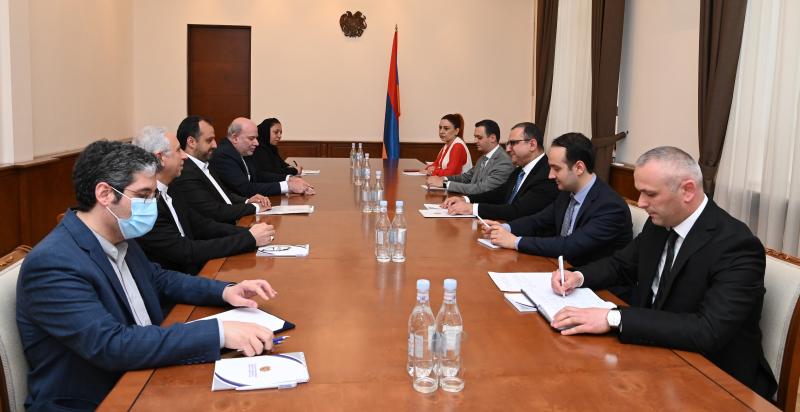 In particular, issues related to the possibilities for the development of Armenian-Iranian trade, establishment of business ties, as well as expanding trade volumes between the two countries were discussed during the meeting.

In his speech, Mr. Khandoozi noted that the Armenian-Iranian economic relations have always been transparent and at a high level, which in turn has contributed to the continuation and expansion of cooperation.

The parties stressed the need to intensify Armenian-Iranian economic relations and develop cooperation in a number of spheres.