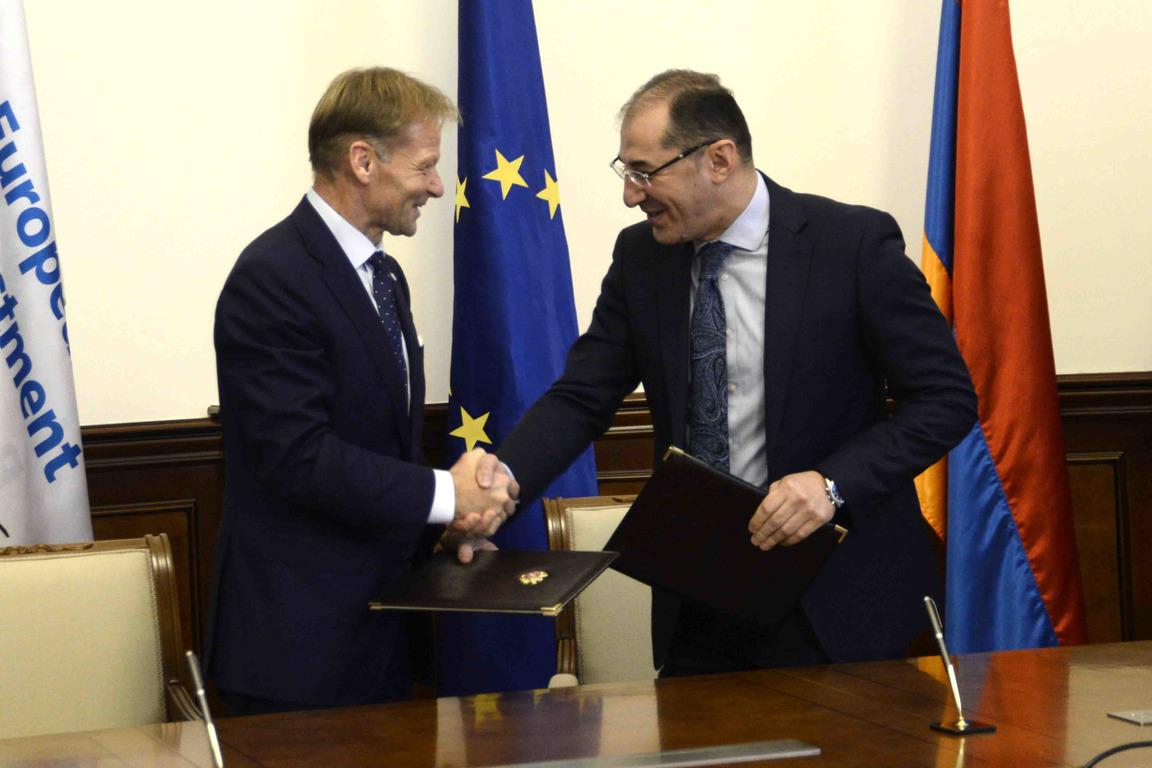 On December 1, at the RA Ministry of Finance a EUR 2 million grant agreement was signed between the Republic of Armenia and the European Investment Bank (EIB) from the resources of the Eastern European Energy Efficiency and Environmental Partnership Regional Fund (E5P Foundation) within the framework of the Yerevan Solid Waste Project. The Agreement was signed by Vardan Aramyan, the RA Minister of Finance and Vazil Hudák, the Vice President of the European Investment Bank.

The signing ceremony was also attended by Taron Margaryan, the Mayor of Yerevan and Ewa Manik, E5P Principal Fund Manager at the EBRD.

The Project will contribute to the improvement of Yerevan solid household waste management system through its three components. The first component is the construction of the first two zones of a new sanitary landfill and auxiliary infrastructure. The new landfill, to be located near Nubarashen landfill and 12 km away from the centre of Yerevan, will reduce the impact of the existing non-sanitary landfill on the environment, public health and climate.

The second component of the Project covers the closure and rehabilitation of the existing landfill after the new landfill is put into operation.

The third component of the Project will contribute to the preparation and introduction of such systems and facilities that will increase the recycling volumes by extending the useful life of the new landfill.

The grant funds under the Agreement are envisaged to be directed to the financing of the second component of the Project.