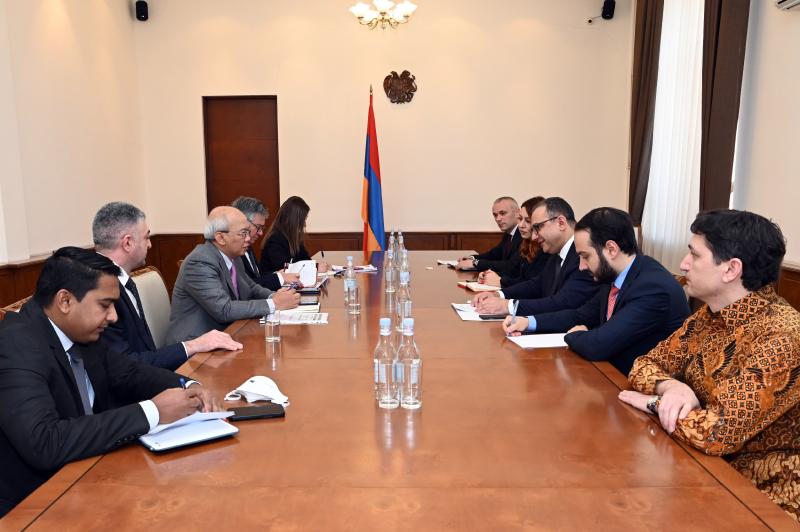 On March 16, the Minister of Finance Tigran Khachatryan received the delegation led by Arif Baharudin, Executive Director representing Armenia at the Board of Directors of the Asian Development Bank.

During the meeting, the sides discussed the details of the current projects with the Asian Development Bank, exchanged views on regional and global challenges and implementation of measures to overcome them.

In his speech, the Minister highlighted the exemplary collaboration with ADB and thanked for the constructive cooperation established over the past 15 years.

Emphasizing that the cooperation of the RA Government with authoritative international institutions is an important guideline for international investors, Minister Khachatryan stressed that ADB is significantly involved in the process of reforms in the Republic of Armenia and in the most important projects for Armenia. In this context, the Minister introduced the agenda and main directions of the reforms being implemented by the Government.

Arif Baharudin, in his turn, thanked for the long-term joint work, noting that the Republic of Armenia is among the countries with a good reputation and is one of the important partners of the Asian Development Bank.

During the meeting both sides highlighted the continuous expansion of the scope of cooperation.