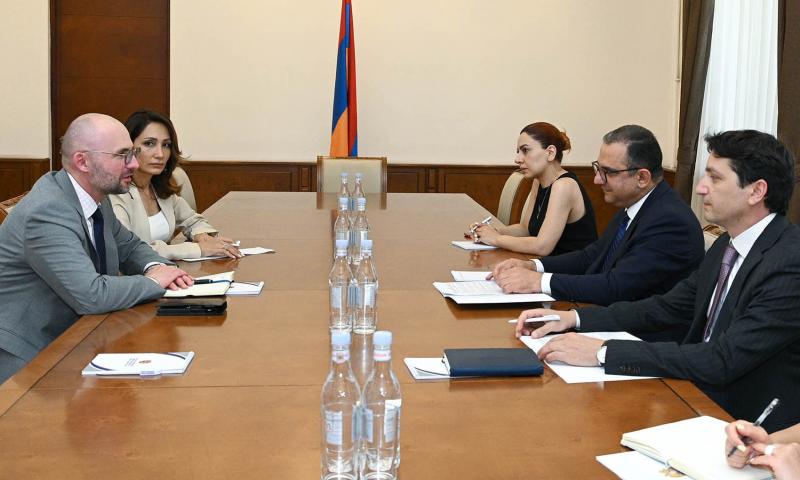 Minister Khachatryan highly appreciated the cooperation with the EIB and highlighted the EIB-co-financed projects being implemented in various areas: including construction of North-South highway and the upcoming one of the Sisian-Kajaran road section, Yerevan energy efficiency and transport system management.

Maciej Czura thanked for the warm reception and expressed his confidence in the RA Government in realizing the ambitious reform agenda. “The long-term and effective cooperation established between the RA Ministry of Finance and the European Investment Bank is the guarantee of success," the EIB representative noted in his speech.

During the meeting, the parties discussed a wide range of issues of mutual interest, touched upon the strategy on public debt servicing, macroeconomic stability, the revised 2023-2025 Medium term expenditure framework and the program on reducing the RA Government debt burden.

"Fitch" Ratings Agency left the sovereign "B+" rating of the Republic of Armenia unchanged.