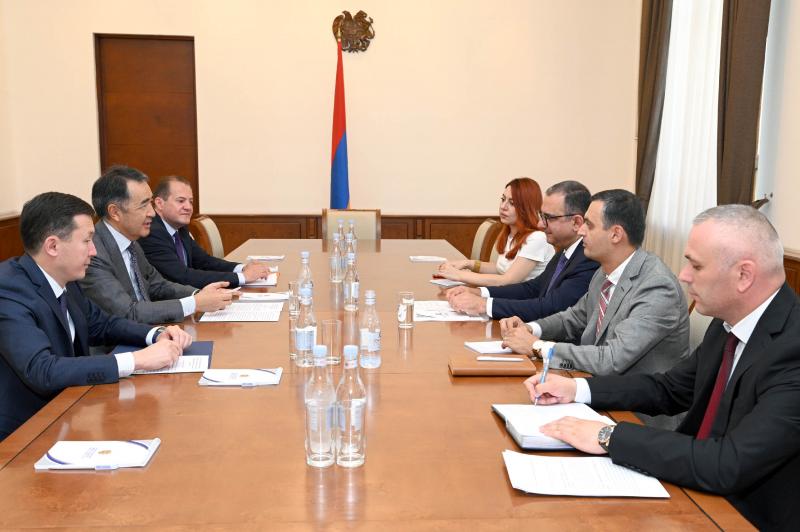 Today, on September 6, RA Minister of Finance Tigran Khachatryan received the delegation led by Bakytzhan Sagintaev Member of the Board — Minister of the Economic and Financial Policy of the Eurasian Economic Commission.

Minister Khachatryan, welcoming the attendees, highly appreciated the activities of the EEC within the Eurasian Economic Union from the point of view of cooperation between the member states and the expansion of trade and economic ties.

Bakytzhan Sagintaev in his turn, noted that Armenia and EAEU have long-term successful cooperation experience, in the framework of which many joint programs and initiatives have been implemented. He welcomed the steps taken by the RA Government to improve the business environment and promote private investments, short-term and long-term action plans in the current economic situation. During the meeting, the parties also discussed issues related to the attraction of economic and business investments and the development of relations of mutual economic interest, as well as the strengthening of stable partnership ties.